An open letter from a suicide survivor


“You tryna die?”, said to me with a chuckle, right before we sparked up a j of something called “Ebola #7”. I proceeded to sleep like I have never slept before, for hours. Woke up refreshed and ready to face the day, though at the time the day consisted mostly of waiting. Sometimes that’s what my entire life feels like, just time spent waiting, in transit, or asleep.

I have never wanted to leave this world. My first and only serious- and by serious I mean that I saw no other way to freedom but through death- attempt was just a desperate climb to a another place. I hoped this other place would have less pain, less cold. Less loneliness. I just wanted to be able to feel at home in my own home. To do things, eat things, sleep, have friends over. Go on adventures. Live a full life with my family.

I don’t want to die, but living is exhausting. Everything we do as humans serves to either wake us up, take us to sleep, or help us keep going.  It’s that simple for me. We all have our vices and devices that help us. I will continue to fight for the right to choose which things, people or places bring me peace.
It’s so easy to judge each other. “I don’t smoke WEED but I do drink a glass of wine every night, just to help me sleep.” “I don’t fuck with cancer so I only smoke one cigarette every 4th Tuesday of the year under the full moon.” “I only drink at Christmas, when I pour a 5th of brandy into my mother’s eggnog.”

“I only.” Yes. I, only. Perfect. YOU. YOU know what you need, what you like, and what gets you going. You know your goals and the work you’re wanting to do in this world. You know who to talk to for solutions, and who will commiserate with you. You know how far you can stretch your bank account. In other words, YOU are in complete control of your life and choices. We all are!

It is a tremendous responsibility so as humans we tend to find ways to give other people responsibility over ourselves. We don’t want to grow up. We want to forever be able to have our mom make our appointments and have our father check the oil in our cars. Which is all great, if you have this privilege. Some of us just don’t, and we have had to come up with creative ways to make up for what we’re missing.

There is almost nowhere on this earth that one can go where their actions aren’t affecting someone. This, to me, is the entire depth of my lifelong depression. I get overwhelmed with sadness when it seems impossible to make every single person around me, including myself, happy. Joyful. At peace.

I don’t want to die. I just want to be at peace. The ultimate truth is that I only have this peace and joy when I am completely alone and surrounded by a space that I helped create. I also love being around people and taking charge of the levels of happiness in the room but this is exhausting. This is when I start to need something to keep me going. This can be anything, from a well-meaning hug to a thick PB&J. My body allows these things to bring me peace because I have chosen them.

I don’t want to die. I feel absolute freedom in myself and all I want is to be able to share this freedom with the world so that we can all….chill. For once. Wouldn’t that be great, a worldwide chill day?
I’ll keep working on it.

Popular posts from this blog

December 29, 2018
I am a 28 year old virgin. There. I SAID. IT.
Now let’s talk about that shit. I was 21 the first time it occurred to me that men might want to sleep with me, in my current body. I was at a group therapy session and a tall, bigger woman was called on to share. She was angry, shaking in either fear or fury as she told us, her voice climbing higher and higher, “I feel fat and gross and like men only want me for SEX!”
I was stunned. ONLY?? Like the sex…was an option?? Fucked me up entirely. I could think of nothing else the rest of the day/my life.
I grew up with perfectionist, abusive parents. It’ll probably always be a little hard for me to label it as that but that’s what it was. I can’t remember a time when either of my parents weren’t displeased with the way I look. And I just *knew* that, from a young age. I knew it when we were living in Rwanda and they would tug me away from the dessert table at family gatherings and events, reminding me that other kids can eat …
Read more 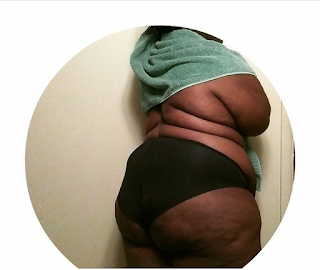 “CLOSE your mouth!” I stop smiling. I accept that the gap in my teeth ruins our family photo. It has always been my fault. When I was younger I was terrified and Did not tell my parents another tooth had gone loose. Over time the adult tooth grew in anyway, Pushing itself into life. But growing UP, angled, slanted towards the roof of my mouth. Giving my smile the semblance of a gap, a fake imperfection, Significant enough to matter more than my smile itself.
“Look at that gut! How it folds over your seatbelt… whos going to marry you, looking like that?” She pokes my belly with a sharp finger. The pain means nothing. I am almost completely numb at this point. I believe her when she beats her reality into me.
“mmm… no thanks! I prefer keeping it up!” The woman in the seat next to me on a tiny Spirit Airlines plane Forces the cleaving arm rest back down. She says “no thanks” as if my polite request was for HER benefit. She looks mildly nauseated. My mother was right, I think. Fatness is di…
Read more